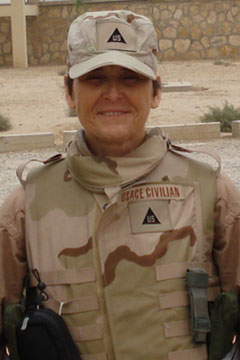 Krueger, a 1994 Civil Engineering graduate from The University of Texas at El Paso is now a Civil Engineer with the US Army Corps of Engineers Albuquerque District. She is currently serving a two-year tour with the Afghanistan District.